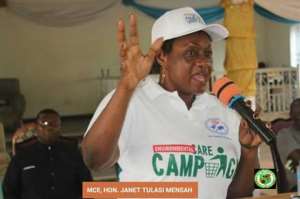 The Municipal Chief Executive (MCE) for the Ga East Municipal Assembly (GEMA), Hon. Janet Tulasi Mensah has charged residents at Ashongman Pure Water to unite in the face of the perennial flooding in the area and join forces with the Assembly to develop the area into an “East Legon” community. She said this at a meeting with the residents on Saturday, 22nd June, 2019 at the God of Christ Church at Pure Water.

The meeting was part of the Hon MCE’s Electoral Area Visits and follows a successful completion of a dredging exercise in the Pure Water area.

The Assembly, in late May and early June, this year, embarked on a 1.5-kilometer dredging exercise at Pure Water to help address the perennial, serious flooding in the area. This exercise was said to be the longest-ever stretch of dredging exercise to be executed in the Greater Accra Region.

In her address, Hon. Janet Tulasi Mensah, expressed gratitude to the various stakeholders who sacrificed technically, financially and materially to during the exercise.

She observed that the Assembly committed a lot of funds into the project and urged the residents to report people who may block access along the drains.

Citing the example of South East Haatso Residents’ (SEHRA), which constructed a Police Post to address their security needs and among other projects, has managed to name the streets in their area of operation and hooked them onto Google Maps, the Hon. MCE advised the residents to come together and form a formidable Association and marshal resources to support the Assembly’s resolve to change the development fortunes of Pure Water.

“I’m always sharing the SEHRA example wherever I go because they’re united and determined to develop their own area even though we all know and agree that it is the responsibility of the Assembly. No, they didn’t wait for the Assembly but have mobilized funds to name the streets, they also built their own police station and in fact, on their platform, if they have problems with their community roads and streetlights, they mobilize funds to fix them. that area. I came to appeal to you to unite the Residents’ Associations here into one great Association to help us develop the area as the Assembly, and, for that matter, the government alone cannot develop our municipality”, she emphasize.

She further appealed to the residents who are financially sound to support the development efforts of the Assembly in the area.

“We must come together and stratetize as to how we want our area to look like. East Legon did not become how it is today overnight. It’s a planned area and me as the chief servant, I’ve engaged the traditional leaders and family heads and agreed that waterways and areas earmarked as roads or public spaces will not be sold. It is now our duty as residents to unite and champion our development”, the Hon. MCE remarked.

The Presiding Member (PM), Hon. Jesse Nii Noi Anum asked the residents to report their concerns to the Assembly through the Public Relations and Complaints Committee (PRCC) for redress and debunked the assertion by a resident that the Assembly had no channel to receive complaints from the public.

On his part, the Municipal Coordinating Director (MCD), Mr. Joshua Adams Asihene, called on the residents to support the Assembly to deliver on its mandate. He observed that the Assembly needs over 10,000 streetlights to ensure the municipality is well illuminated to ward off criminals.

He said the Assembly, though has fixed over 1,000 streetlights, it was not adequate, indicating that they will continue to engage the various stakeholders to contribute their quota towards the development of the municipality.

The Municipal Urban Roads Engineer (MURE), Aboagye Forster, noted that the Assembly invested huge sums of money into the project and still had some outstanding payment to make.

He advised the residents to be vigilant and police the project and report persons who attempt to block any part of the drains.

He assured them that the Assembly will carry out further exercise to fortify portions which were identified to be shallow following the recent rains to be able to carry heavy volumes of rain during downpours.

The Public Relations Officer (PRO), Okunyin Boaz Orlan-Hackman, educated the residents on the existence and functions of the PRCC and the Client Service Unit of the Assembly.

He said the Assembly has a Client Service Unit (CSU) which receives complaints and petitions from the public and also advised the people to make use of the Assembly’s website and other social media platforms to channel their concerns and seek information.

He further educated the residents on the acquisition of Building and Temporary Structure Permits, announcing the three (3) months amnesty granted by the Assembly for owe who default and urged them to take advantage to acquire or renew their permit.

The PRO also sensitized the residents on the Household Toilet Promotion by the Greater Accra Metropolitan Area Sanitation and Water Project (GAMA-SWP) and advised landlords without household toilets to register and have the facility constructed for them, noting that the Assembly has started prosecuting offenders in is direction.

He also spoke about the “Operation Clean Ga East” programme which has seen the reintroduction of “Saman Saman” and cautioned the residents to desist from unacceptable sanitation practices to avoid prosecution.

He finally educated residents on their responsibility to pay up their revenues, such as Property Rates, Business Operating Permit (BOP) among others to the Assembly promptly to enable the Assembly generate more revenue for development, advising them not to make any payment to any Revenue Collector of the Assembly without being served the requisite bill.

After a fruitful discussion during the open forum session of the meeting, the Hon MCE announced that the Assembly will soon visit the community and ensure that every house constructs gutters around to minimize the flooding menace in the area.

Rev. David Anokwafo, Founder and Head Pastor of the God Christ Church, which hosted the meeting, and the Chairman for the Zone Four (4) of the Pure Water Residents’ Associations (RAs), thanked the Hon. MCE and her team for the wonderful things they are doing for the community.

He pledged, on behalf of the residents, to fully back the Assembly on any initiative to develop the area and called for support from all the RAs in the area in this direction. 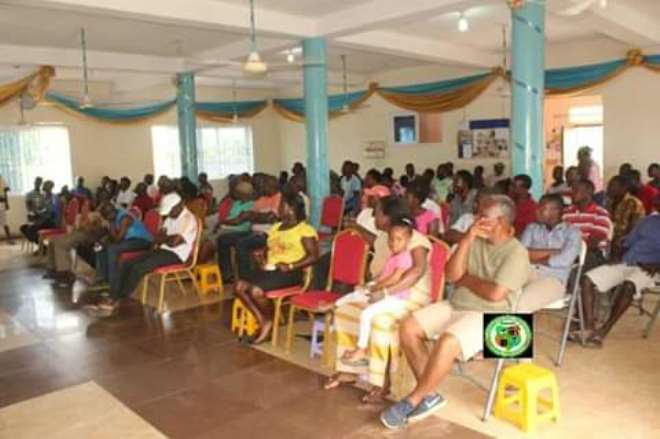 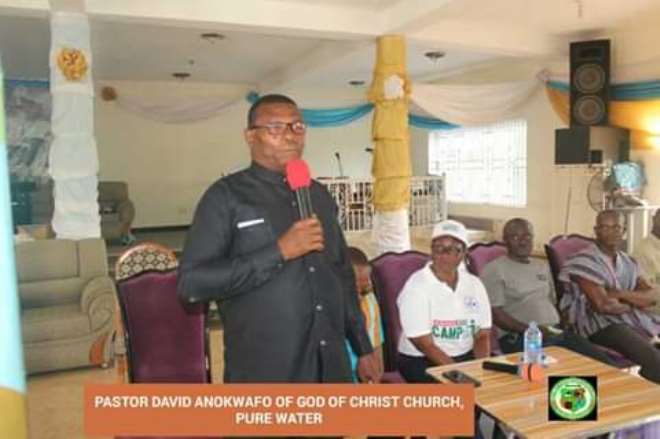 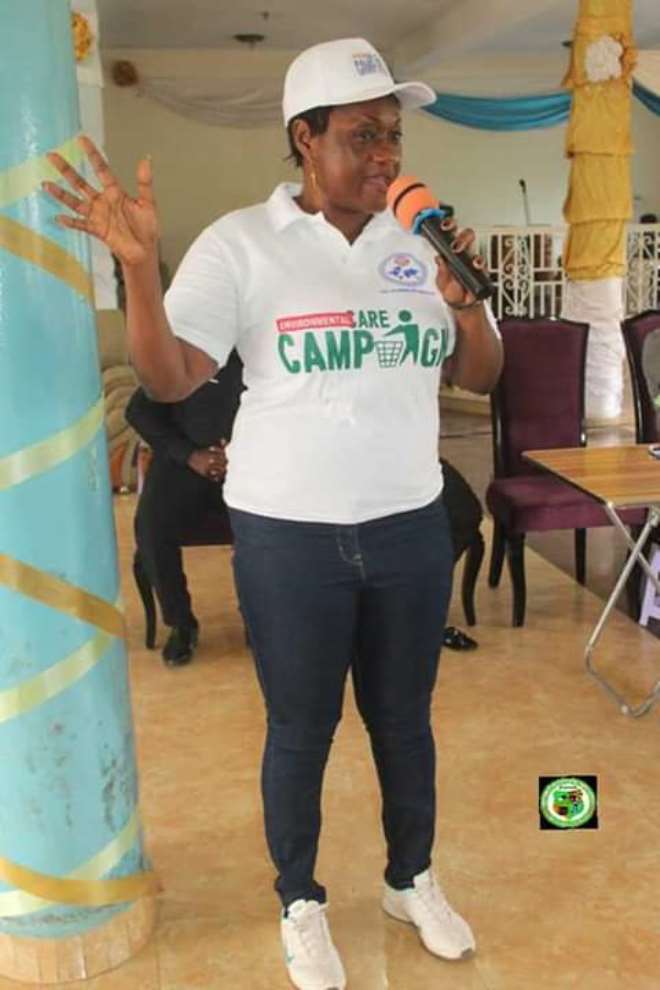 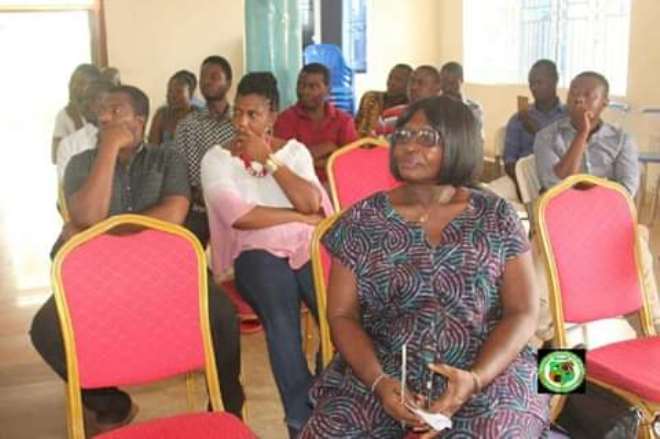 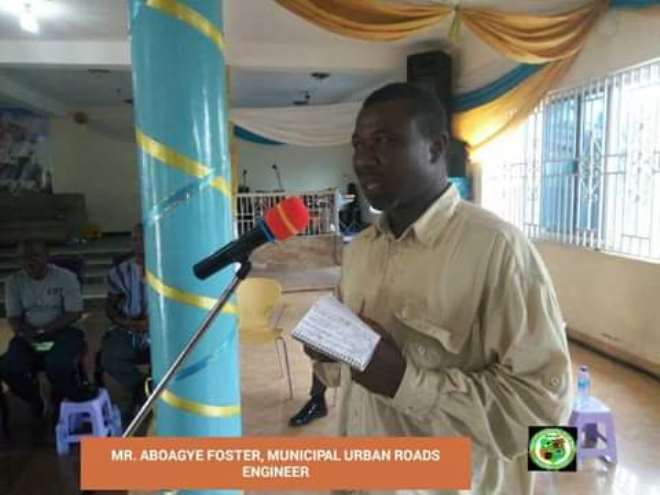 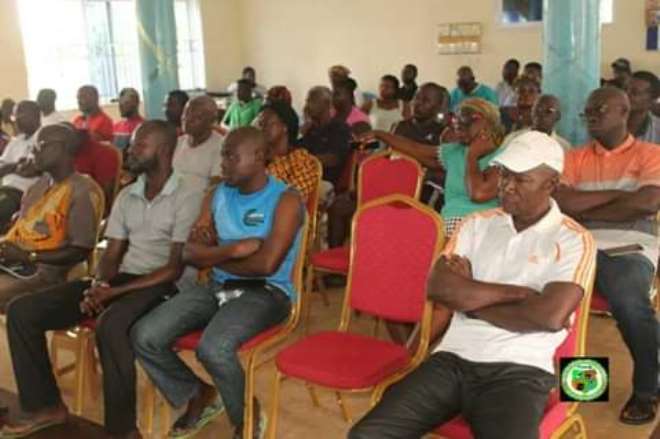 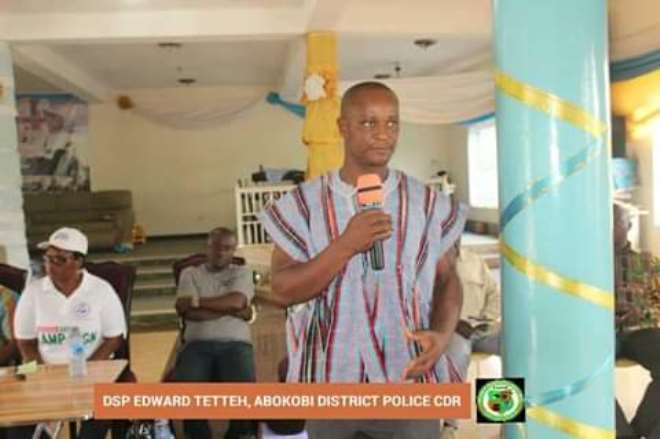 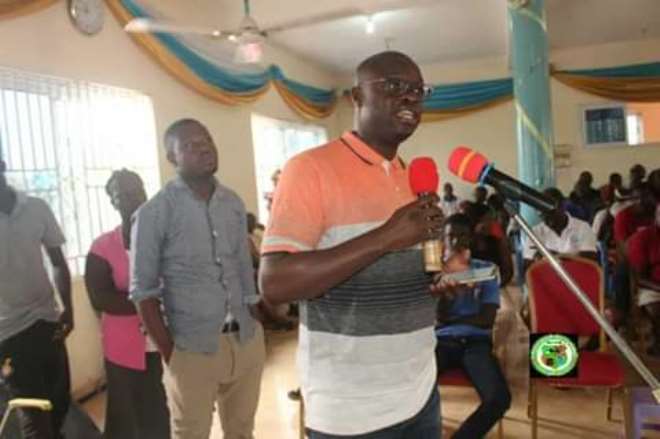 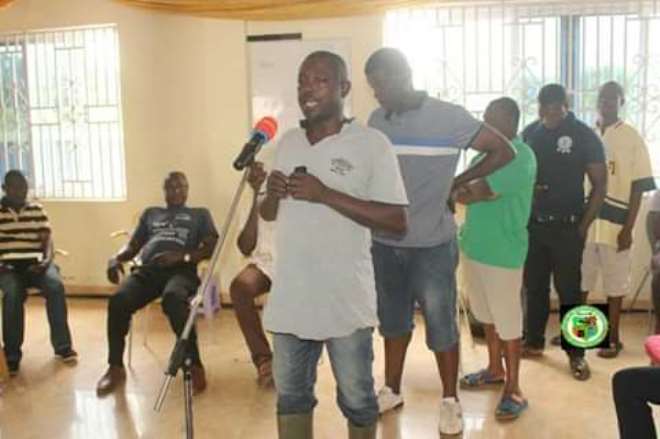 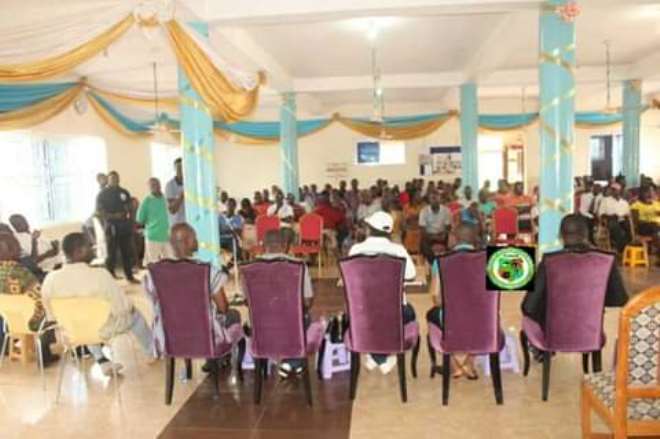 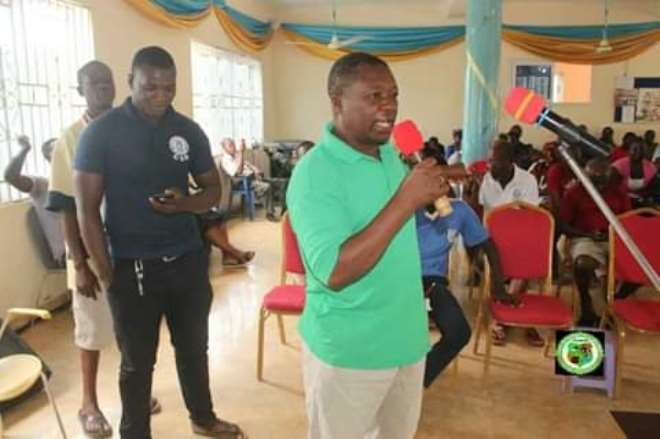 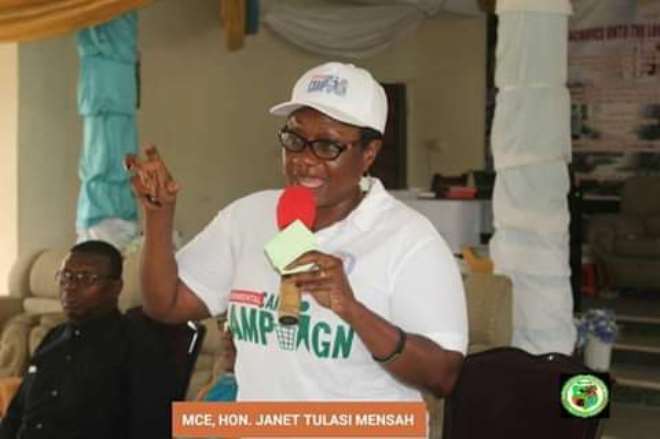