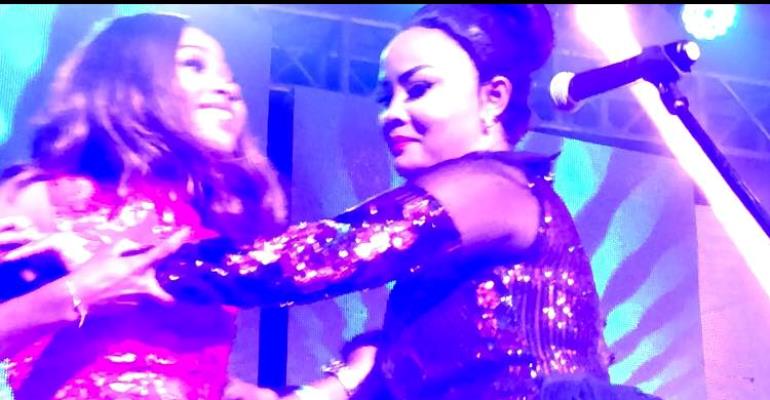 The 2018 Golden Movie Awards took place over the weekend in Accra could not end without some funny moments.

Top actress Nana Ama McBrown gave social media star Rosemond Brown a big ‘yawa’ on the night of the event but it turned out to be a funny time. Rosemond Brown otherwise known as Akuapim Polo who joined cast of Sidechic Gang to receive an award decided to give a speech after director of the film had spoken.

McBrown after sighting the young lady’s move to speak tried stopping her but stubborn Madam Brown was bent on giving a word.

Despite all efforts by Nana Ama McBrown to prevent her, Rosemond Brown managed to dodge the ‘Asore Ba’ actress. Mrs. Mensah after realizing nothing she will do on the stage will prevent the young lady from implementing her plan gave up.

Rosemond then had the chance to pass some few comments after McBrown gave her the way to be behind the microphone.

The 2018 Golden Movie Awards was hosted by Joselyn Dumas and comedian A.Y