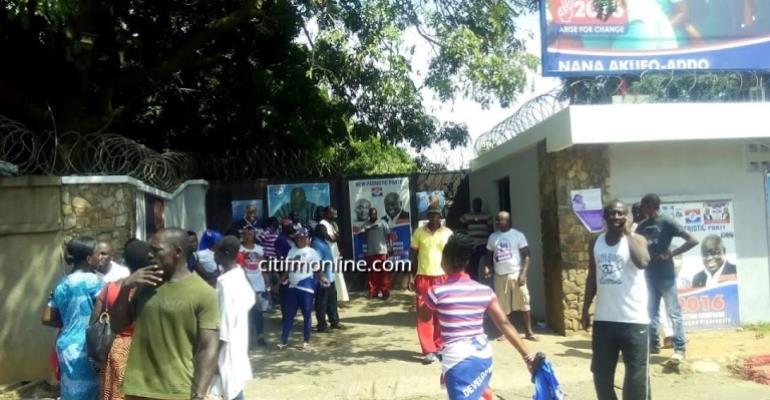 National Security has given shop owners and traders around the private residence of President Nana Akufo-Addo one week to pack out of the area.

The traders will be compensated with amounts ranging from GHc 3000 to GHc 10,000.

Officials of National Security visited the area on Friday and handed the compensation packages to some shop owners but some of the traders expressed discontent when Citi News visited the area.

Some complained that the compensation was inadequate and not a true reflection of their investments.

“They told us they would give us something to take our containers. They gave some GHc 2,000, some GHc 3,000 and I heard some were given GHc 10,000. They haven’t given me the cost of the land. For the blocks and stones, I have already spent GHc 500 and [I have to pay to transport] the container. It is not easy,” one woman told Citi News.

One other fruit trader, however, said she had not even received any compensation money.

According to her, the compensation money was given to some leaders in the area who have not disbursed it.

“I live here. I’ve been here for four years. I sell fruits. I heard they were going to evict us from here and compensate us with money. But some of the elders have taken the compensation money and not given us some of it. I have not even gotten 10 pesewas.

“What do we do now? Me, I don’t have money to rent a new home so we really need some help,” she lamented.