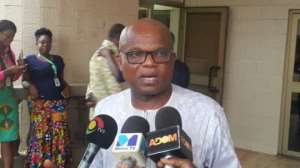 Apollo (WR), May 10, GNA – The Coordinating Directors of the various District Assemblies have been advised to work in harmony with their political heads to ensure development of the various Assemblies.

Dr Nana Ato Arthur, Head of the Local Government Service said every coordinating director was answerable to the Chief Executive according to article 75 subsection 2 to 5 of the local government act adding, ‘Act in the limit of your powers…do not usurp the powers of the DCE’.

‘Yours is to be professional in the execution of your duties…we are undertaking lots of administrative reforms to improve efficiency and to enhance productivity’.

Nana Ato Arthur was speaking at the fourth annual general conference of the Association of District Coordinating Directors, Ghana at Apollo in the Western Region.

The theme for the conference: ‘Quality Leadership for efficient and effective management of local government administration in Ghana’ was to highlight the need for coordinators to effectively manage the system for productivity.

Dr Ato Arthur said the government was committed to the reforms at the local government sector adding, ‘the proposal of election of MMDCEs is a cardinal point in securing the tenure and perpetuating development in the area”.

The head of local government service said the assembly must be the beginning of the Ghana Beyond Aid, ‘if you focus on internally generated funds, enhance your ICT system for effective engagement then the assembly will surely become the pivot for assembly beyond aid.’

Nana Kobina Nketsiah V, the Omanhene of the Essikado Traditional Area said ‘stomach politics and politics of survival’ was killing the very fortunes of the society and reminded them to live for the people and not for themselves.

‘Leadership is about service…you are agents of government and there is a lot to be done for the people you are serving’, he added.

Nana Nketsiah V expressed worry about the governance process adding, ‘why are we technically and ideological locked in the past…we are independent but are we dependent minded’.

Dr Kwaku Afriyie, Western Regional Minister pointed out that investing in the growth of the western region could help the other regions to leverage on its benefits as the most resource endowed region.

‘Developing the Western Region is to help in the balance of payment position of the state’, he added.

Mr Samuel Donkor, Acting President of the Association said though the nation’s decentralization had grown for 30 years now, much needed to be done to realize its full potential.

‘We believe that successful implementation of any policy or programme much depends on leadership, efficiency and effective management and we coordinating directors have a role to play’.