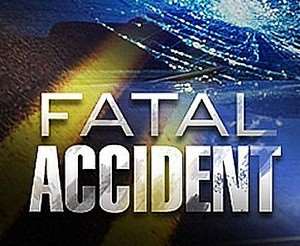 An eight-year-old girl, Evelyn Anokyewaa died on the spot when a vehicle ran into at Afamasi on the Tarkwa-Bogoso road in the Western region.

Evelyn, a pupil of the Rout All Memorial school at Akotom, in the Prestea Huni/Valley district, was allegedly waiting at the side of the road to board a vehicle to school when a Toyota Hillux double carbin pick-up with registration number GR 2287-11 run on her.

Some residents of Afamasi first rushed the victims to the Apinto Government hospital, but Evelyn was pronounced dead on arrival while Bernice was admitted.

The body of the deceased has been deposited at the same hospitals morgue for autopsy.

Superintendent of Police, Mrs. Victoria Yamoah, the Divisional Motor Transport and Traffic Department (MTTD) Commander of Tarkwa Nsueam disclosed this in an interview with the Ghana News Agency.

She said at 0745 hours, the police in Tarkwa received information that an accident had occurred at Afamasi, near Akotom.

She said when police officers arrived at the scene, they gathered from eye witnesses that, the driver, Atakura Antwi Vital, 59, was driving the Toyota Hillux pick-up form Takoradi towards Prestea direction.

Superintendent Yamoah said on reaching Afamasi the suspect veered into the lane and rammed into the two, killed the deceased and injured Bernice.

The MTTD commander said in an attempt to save a bicycle rider, the suspect driver collided with another pick-up with registration number GM 4057-14 and finally landed in a big gutter.

Superintendent Yamoah said eye witnesses pulled the driver from his vehicle and took him to the Goldfields hospital in Tarkwa where he was admitted for two days.

She said the driver and one person on board in the pick-up escaped unhurt.